Similarly, these two number businessmen also fight among themselves and often kill each other within the turn of each other. A few years ago, a businessman killed another near our site.

Actually, no one wants to do business of number two, but today the number of human beings is very high and compared to them the resources are very less, then the person does not see right and wrong to feed his stomach. The government comes and makes several laws to stop the number two business but never attacks its root. Society has always slept. This is the reason that even after enacting the law, such businesses do not stop. And number two businesses are taking offense as day by day.

However, inside the business of number two, there is a big earning. Anyone looking at this income will want to get inside these businesses. Recently, while I was reading about prostitutes, it came to know that a woman started doing business because she could easily earn from 1000 to 3000 within an hour. Whereas she could not make so much money inside the second job.

So let's know about two different business. And about their position inside India. 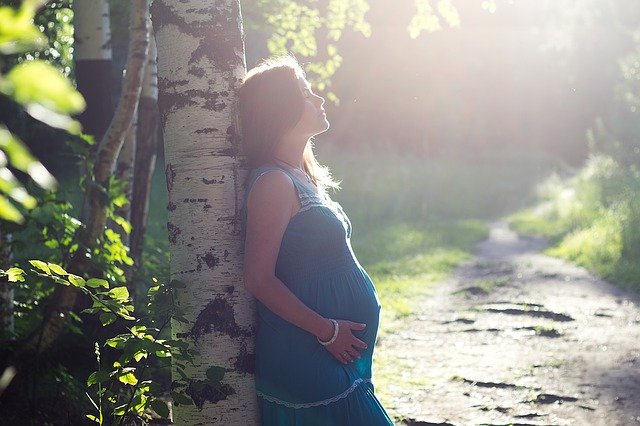 There is no specific law for the womb of rent within India, although many bills have been passed now. Let me tell you that till 2013, the business of rented womb in India was about 63 crores.  And inside this work, pregnant mothers are seen being exploited. Let me tell you that they do not take the child who gives birth many times. This creates a big problem. Surrogacy clinics continue to receive complaints of its misuse, unethical behavior, human fetal importation.

The business of surrogacy in Lucknow is booming. Some women go inside this business due to lack of money and some get off like this. The couple charges 10 to 18 lakhs. And only 5 lakh rupees are given to the real woman who makes available 4 rental womb.  In the city of Lucknow alone, more than 70 women sell their womb every year and they are also paid for it.

Such a business of rental womb is harmful for womb-selling mothers. But middlemen take great advantage of this. The first thing is that the mothers who give the womb have to face a lot of problems inside it.  And if there is a deficiency in the child due to any reason, then it is possible that the couple does not even take the child.

If statistics are to be believed then every year 2000 foreign children are born in India in the same manner. And so far more than 3000 clicks are providing this type of facility. As you will know that surrogacy is a technique whose Inside the sperm and ovum of a woman and man are sent to the womb of a third woman (surrogate mother). And the same mother keeps it in her stomach for 9 months. And after the child is born, it is given to its real parents.

Whether Shahrukh Khan-Gauri Khan or Aamir Khan-Kiran Rao Khan, Sohail Khan-Seema Sachdeva Khan and Tusshar Kapoor, all of them have achieved children with this technique. Overall, it is now taking the form of luxury. ‌‌‌ And in the coming time, the possibility of this technique cannot be ruled out as most people will start using other mothers to give birth to their child. Especially those who have a lot of money.

Surrogacy is also being severely criticized. The reason behind this is that the purchase of organs inside it can also be sold. And many big gangs may also be working inside it.

Even after the technique of artificial insemination is very old inside India, no clear law has been made on it. Apart from this, India is the largest country to be liked by foreigners inside the womb of rent. The reason behind this is that it is very cheap inside India and the couple does not have to face any kind of legal problem here. But due to the loose fitting laws, the mother who pays for the rent has to face many problems. If the couple wants a boy and becomes a girl, then they may abandon it. In such a situation, that child will again be orphaned. For this reason some people also say that this will increase the number of orphans rapidly.

Female feticide is a major crime. And it is also a stigma on the entire female caste. The reason behind the feticide is that even today in India it is believed that it is very important to have a male to pursue the lineage. And for this reason, those who want a son get the same sex test done inside the womb of the fetus and then when they find out that they have a daughter, then they get her murdered. Removing a girl child after a gender test from the womb is called female feticide.

And this is done by the in-laws. And many times this work is done without the knowledge of the mother. And people doing this work charge a hefty amount for it. According to a survey report, 1.20 crore girls are estimated to have been killed in the womb in the last 30 years in India.

Female feticide has given rise to many kinds of evil within the society. Today, what you see unmarried men inside a large number of society is the result of this thinking. The biggest disadvantage of having more unmarried men inside the society is that there will be increase in sexual crime. The public believes that if this continues, then in the coming times, there will be a rapid increase in the contradictions against women. And it will be very difficult to curb it.

However, a law has also been enacted for female feticide. Under the Indian Penal Code, 1860, if a woman miscarries against the permission of any woman, then she can be imprisoned for seven years. Also, abortion without the consent of the woman (Section 313) and death of the woman due to attempted abortion (Section 314) is a punishable offense.

Apart from this, according to Section 315, if a person, except for the survival of a mother, stops the birth of a child or kills her after birth, she can be imprisoned for 10 years.

According to Section 316 and Section 318, abandoning a newborn and destroying her body by killing her is a crime. The word gender is used within these laws. And this has been done so that it can be applied in the context of both genders. However, cases of male feticide are rare in India.

And when a woman is born a boy, she is seen with a lot of respect, whereas if a woman is born a girl constantly, she is forced to conceive again and again.  The sex ratio falling inside India is a alarm bell. It has been in operation since 1961. In 1991, the number of girls in the ratio of 1000 boys was 945, which has come down to 927 in 2001 and 918 in 2011. And if this continues, a major imbalance may be created within the society which can be quite severe.

Regardless of whether the government starts the Beti Bachao Beti Padhao movement in this matter or changing the mentality of some other people is not so easy. Most people are double minded. And many of them are such that they themselves do not know that their thinking is bogus. They work just like a machine. Prime Minister Narendra Modi started the Beti Bachao Beti Padhao movement in 100 districts inside Panipat in Haryana. The biggest reason behind this was that the sex ratio in Haryana is very low.